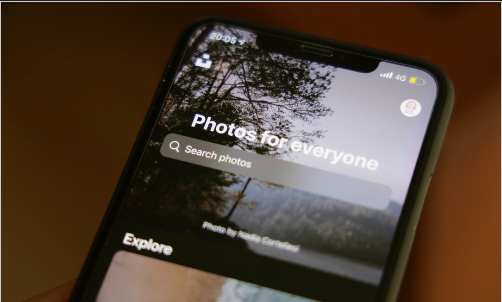 The best and powerful launcher in our top list is Nova Launcher that is developed by TeslaCoil Software in 2012. It reaps the more than 60 million-plus downloads on the Google Play Store. It has the best gestures in it to shortcut your favorite apps and settings in the different screen actions like swipe up, swipe down, pinch, double-tap, and swipe right. Also, its app drawer group is awesome and user friendly. Nova Launcher is highly optimized and quick in animation. The total response of the Nova Launcher is smooth and sharp. Mainly, you can hide your private apps in it with a security password without uninstalling them. So to customize your phone Nova Launcher is the most powerful app for you.

The faster, smoother, and light launcher in our list is POCO Launcher that was released in 2018 by Xiaomi Inc. That Reaps the more than 12 million-plus downloads on the Google Play Store by serving the best Android customizing facility. It works very quickly and is very strict about your privacy. You can hide your apps by hiding the icon of the app. And more gesture features are included in it also. POCO Launcher is the lightweight launcher that really serves you high and fast performance in your Android phone. There a lot of new features are updated in it that really catching our eyes on it.

The most lightweight and efficient launcher in our list is Total Launcher. It gives more customizable features to us to customize our device. It is developed by ChYK the dev. In 2015. And now it has more than 2 million-plus downloads on the store. If you need to keep your device simple use it, or you wanna your device smart then also use it. Cause it has the ability to mold as per the customization. This launcher is not so popular but it quite good, light and fast in its performance. So try also this launcher too.

In our fourth position, the unbeatable launcher is Lightning Launcher. It is a powerful launcher in the Google Play Swas tore which developed by Pierrox in the year of 2013. It contains unique limitless customizing features to smoother your device and your work. You can do anything in it, change colors, navigation bar, taskbars, gestures, scrolling effect, action, and a ton of features in it. It has a lot of thing in it to explore. But it needs money to get it. So to experience the unbearable launcher Lightning Launcher is the great choice for you. Try it now!

Our last launcher in our list is Hyperion Launcher which is very fast and beautiful in look to experience the great experience of the launcher. It is offered by prjkt.io in 2018, which reaps the more than one million-plus user on the Google Play Store. It has the best typography and customizing elements. The whole user interface of the Hyperion Launcher is customizable and stunning in look. Also, it has more grids, widgets, animation, and gestures for you. So try out this amazing launcher.

The list of 5 Best Launchers in 2023 is given below. They all are awesome and that will really change the whole look of your device. So use our Best 5 Launchers in 2023 and smart your phone easily. Also, there are so many launchers are available in the market but we place that one that I was personally used. So to customize your phone use our 5 Beat Launcher and share your reviews with us in the comments. Thank you. Have a beautiful day with our launchers.