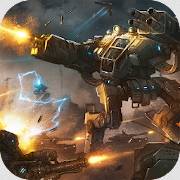 Defense Zone 3 HD is a strategy tower-defense game offered by ARTEM KOTOV and has more than five million downloads on the Play Store with a 4.5 rating out of 5. In this game, you have to defend your base from the invading enemies by placing 8 kinds of turrets, using 8 powerful abilities in 25+ unique landscape levels. Basically the Defense Zone 3 HD is a sequel of Defense Zone 2 HD, And this version is coming with so many actions and interesting missions which you have to complete for winning a battle. Get lots of powerful weapons with landscapes which will help you to win the battle.

It’s a tower-defense-based game. In a level, you will see a predefined path. Enemies will follow this path and try to cross the whole path to enter your base. You have to stop them from doing that. You will have various kinds of powerful turrets and abilities. Drag & drop the turret from the weapon bar and place them alongside the path. Turrets will automatically shoot & kill the enemies. On killing each enemy, you will get money. Use that money to buy & place more turrets and upgrade them to increase their firepower & fire range. There will be 20+ waves of enemies. Stop all of the waves. If 20 enemies cross the path and enter your base, you will lose. After losing the level, you can restart the level from any wave you have already cleared.

There are 8 types of turrets in this game. Machine Gun, Liquid Nitrogen, Laser, Missiles, Flamethrower, Lightning, Howitzer, and Napalm. Each turret has different firepower and fire rate. Only Missiles and Laser turrets can target the aircraft. Use the right weapons depending on the enemies as each weapon is effective against certain types of enemies.

Upgrade all The Ultimate Turrets

You can also upgrade them to increase their firepower and fire range. After upgrading to level 2, weapons start recharging their hellfire mode. Once fully charged, their rate of fire and power increases drastically for a short period. Each time you upgrade a weapon, the upgrade time for the next level will increase.

There are four target modes – Closest to exit, Closest to the tower, Powerful target, and Weak Target. You can set the target mode of each turret separately. You can also select the type of enemies to target such as land, air, or water. It gives you full control over each and every turret.

There are four difficulty levels in the game – Easy, Normal, Hard, and Nightmare. The number of enemies and their HP increases in each difficulty respectively. As you proceed to higher levels and waves, you will face different types of enemies on land, air & water. You will need to place the turrets that will work effectively against them to stop them.

Q1: How many turrets are available in Defense Zone 3 HD MOD APK?

There are 8 types of turrets in this game. Some of them are machine guns, liquid nitrogen turrets, lasers, flamethrowers, lightning turrets, etc.

Q2: Do I need to play the level from wave 1 after losing?

No. If you have cleared a wave before, then you can restart the level from that wave after losing the level.

Q3: Can I change the targets of the turrets?

Yes. You can change the turrets’ targets by tapping them and selecting the target type icon in its information window.

Defense Zone 3 HD MOD APK is a great game to have fun & face challenges. You will not be bored while playing this game. And with its mod features, you will have unlimited money that lets you upgrade the turrets to the max level without wasting any time collecting the money. Also, it has no ads. So, you will enjoy the game with no interruptions. Download Defense Zone 3 HD MOD APK now and shoot down all those invading enemies.