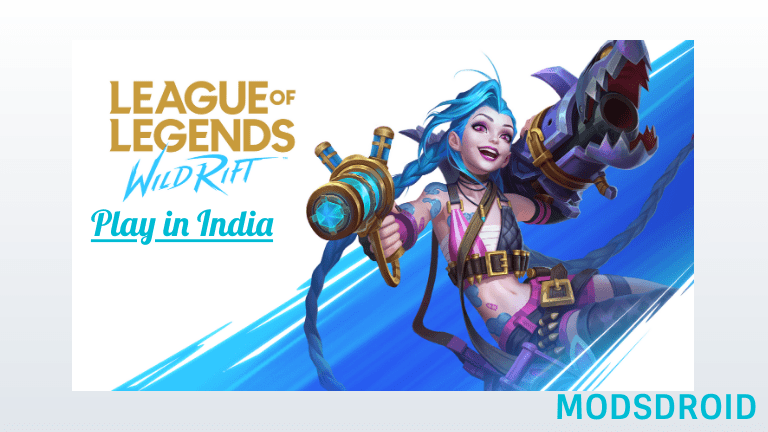 Are you a fan of League of Legends? You maybe know about the League of Legends Wild Rift which is about to release soon. Now the regional open beta is live in many countries including Indonesia, Thailand, Singapore, Japan, etc. It’s not so great for Indian gamers or any other country gamers who wanted to play this game. Even the game is delayed in America and India, it will release around spring 2021 in America and around March 2021 in India, which is pretty far.

So, what we can do in that time? Of course, we can watch streams of others on video streaming platforms like YouTube or Twitch but that’s not a great idea. For your kind information, the game is available for everyone where the regional beta is live. So, here is a tip, what if you can play the game as well? It will be amazing, even I am a great fan of MOBA games and league. Check out down below and get all the details on how to play LOL Wild Rift in India?

What is LOL Wild Rift?

League of Legends Wild Rift is a mobile strategy game offered by Riot Games. It is not completely released yet the open beta is live in many countries. So people are enjoying it. The PC version was released in 2009 which has huge popularity among PC games. Speaking of Wild Rift, it’s available for both Android and iOS devices and later it will be available for consoles as well but that will take some time. Well, how do we play it?

How to Play Wild Rift in India?

It’s pretty sad that the game is delayed in India due to Covid-19. But still, if you would love to play this game right now, you can. It’s pretty simple. Doesn’t matter you are from India or any other country, everyone can play it by following this guide. Yes, you can play Wild Rift on Android and iOS devices right now.

NOTE: In the recent news, we get to know that, Riot Games are kinda upset with players who are using VPN to play this game, so they are blocking such players.

How to Play Wild Rift on Android?

How to Play Wild Rift on iOS?

So, maybe you will be blocked for using VPN as Riot Games said, they are making some changes for such users. But don’t worry, it will not happen in a try. So, till then you can play the game using VPN, and as we know in India, there are not so many fans of MOBA games as gamers are busy playing Call of Duty and PUBG. But once, LOL Wild Rift will be live in India, gamers will know! In the image down below, you can check out the FAQ which is available on the official website of Wild Rift.

If you can’t wait to play League of Legends Wild Rift, then just try it out. Don’t worry about the ban because I have played the game for some time. It’s great and fun to play and I love it. So, you can play it too. Follow our simple guide to play Wild Rift on iOS and Android devices. Have an amazing league night fellas!