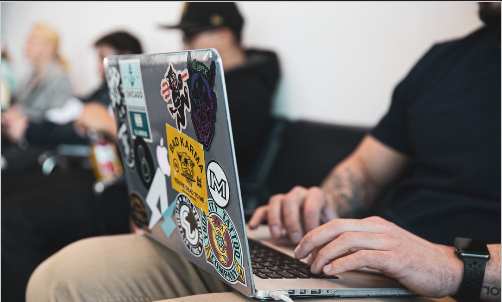 Are you looking for KineMaster for your PC? You must be having problems with other video editors that are available on PC but hard to use. Well, no worries. We all know, KineMaster is available for mobile platforms but not for Windows and Mac. It is so easy to use and with it, you can create amazing videos without having any editing skills. Because it takes too little to understand all the basics of the app. In this article, you will read about ways to use KineMaster on PC, features of the app, easy installation guide, and frequently asked questions.

Ways To Use KineMaster On PC

There are a few ways to use KineMaster on PC. And it only includes using emulators. There are lots of emulators available but wait, do you know about an emulator? Well, an emulator is a software with which you can run mobile apps on a computer. Emulators are available for Windows as well as Macintosh platforms. So, it’s true that you can run KineMaster on both these platforms apart from mobiles as we know, iOS and Android users can download it officially from their App Stores.

KineMaster on PC with BlueStacks

BlueStacks App Player is a very popular & powerful emulator software. You can use it on Mac and Windows. It is available for both 32 bit and 64 bit Windows PC. You can install KineMaster on PC with it easily. But remember to download it only from their official website. Also, do you know what can you do on BlueStacks more than using KineMaster? It is popular for playing mobile games on the PC. There are amazing features such as gaming modes, keyboard customization, auto-translation, smart controls, high-FPS & Graphics feature, etc.

NoxPlayer is another best emulator software to run KineMaster on PC. Most people don’t like BlueStacks because it requires a high-end PC to properly work. So, people face lag and slow processes. It’s one of the reasons people are hating BlueStacks. But don’t worry because NoxPlayer is amazing and can run on low-end PCs as well. You can download it from its official website for both Windows and Mac devices. Also, you can use KineMaster as well as play Android & iOS games on your PC with NoxPlayer. It has the highest performance and extreme compatibility.

It is most important to know how to install KineMaster on PC after downloading emulators. Let’s say you download the best emulator, for example, NoxPlayer. After installing it. Open the application.

Keep in mind you will need an active internet connection to use the emulator application. So, when you will open NoxPlayer, you will see the Google Play Store icon, open it and search for any application you want to use. You can search for games as well as any other apps that you can run on your mobile device. So, search KineMaster, in case you want to use it.

Now double click on the KineMaster app, NoxPlayer will start downloading it and then it will start to install. Once, the installation is finished, you can open KineMaster on PC and use it for editing all your videos just like you do on the phone. Isn’t is easy? You can use it on full-screen for more user-friendly editing.

Can you run KineMaster on PC without emulators?

There aren’t any chances of using KineMaster on PC without an emulator. It is because KineMaster is only available for Android & iOS devices, and it’s not available for Windows & Mac platforms. So, if you don’t wish to install emulators to run it, then you can do only one thing and that is to use KineMaster Alternatives such as PowerDirector and FilmoraGo.

Is it possible to use KineMaster Mod APK on PC?

Why not? You can download KineMaster Mod APK from the internet and install it on an emulator on PC. So, there will be no watermark or ads, and all premium features can be accessed without buying the license. Also, you can edit 4K videos with the mod app.

Advertisements
Rate this news
How to Use KineMaster for PC