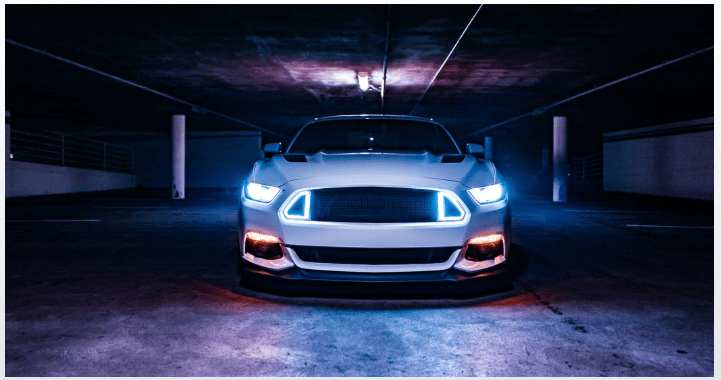 Hey friends! Are you ready to become the best racer and rise to the top in the racing world? If yes then we are here with the best 15 racing games on Android that have best racing mechanisms, graphics, cars and tracks. Racing games are always the best genre to face & give challenges. You don’t have to waste your time finding and trying random racing games. Our list is gonna save your time. Have a look 🙂

Asphalt 9: Legends is one of the most popular racing games and has over fifty millions of downloads on the play store. It is offered by Gameloft. It has incredible graphics, motion blur effects, drifting system and air stunts. Its aggressive racing will make you play it more and more. It has PvP mode, hundreds of weekly & monthly events to complete and over 50 exootic cars to race with.

Need For Speed Most Wanted

Need For Speed Most Wanted is another most popular game offered by Electronic Arts. NFS series games are all awesome in racing. It has stunning graphics, drifts and motion effects. It has a blacklist system to rise up to the top. You will race against the best racers. Many car classes, race types and tracks. You can also compete against your friends.

GRID Autosport is the android version of the PC game GRID, one of the best gaming games. It’s in early access and in development. It supports external controllers to play the game. It includes over a hundred cars and races to win. Graphics, tracks and cars are all awesome and realistics. You will definitely enjoy the races.

Beach Buggy Racing 2 is the best racing game if you want power-ups and unique abilities. It is offered by Vector Unit and has over ten millions downloads on the play store. You can play on various maps, each with different tracks, obstacles and locations. It has over 45 power-ups that you can use to win the race. 40+ awesome karts, PvP mode and many characters with unique abilities.

CSR Racing 2 is a good choice if you like drag racing games. Its series, CSR Racing is one of the best drag racing games offered by NaturalMotionGames Ltd. It has over  ten millions downloads on the play store. It has awesome graphics. You will be satisfied with its races and draggings. You can buy cars, upgrade them and complete the campaign mode. It also has PvP mode to compete against other players.

Dirt Trackin 2 is developed by Bennett Racing Simulations, LLC. It includes 5 car classes, career mode, PvP multiplayer and 3 control types. It also supports controllers. You can switch the AI mode difficulty to your own accord. It has so many customization options to customize your car. The tracks are more like realistics and have cutting-edge physics.

Hill Climb Racing 2 is the best racing game in 2D. It is offered by Fingersoft and has more than hundred millions of downloads on the play store. You will race in the 2D hills, going up and down. But it’s not that easy. You have to keep the car or bike in perfect balance & position so that you don’t land on your neck. You can play against 3 other players in online multiplayer mode. You can play offline too in the adventure mode.

Horizon Chase is offered by Aquiris Game Studio S.A and has more than ten millions downloads on the play store. It features retro-graphics. You can challenge your friends and play offline as well. It has 21 amazing cars and 92 tracks to race. Upgrade your cars to make it faster than before. And the most awesome thing about it is, it has 7 gamepad capabilities such as Android TV controller, Nvidia Shield, Google Nexus controller & remote etc.

KartRider Rush+ is another best kart racing game with ten millions of downloads, offered by NEXON Company. It features 5 modes like speed mode, story mode, arcade mode, time-trial and rank mode. You can unlock many karts or characters to play with. With the power-ups, you will have fun in races. Its drifting mechanisms are also pretty good.

Mario Kart Tour is well known in the kart racing games. It is offered by Nintendo Co., Ltd. and over fifty millions users have downloaded it from the play store. There are many racers from the Mushroom Kingdom and various racing tracks. You can play with your friends, nearby players or other players online. The unique feature is that it supports both portrait and landscape gameplay.

Motorsport Manager Mobile 3 is not just a racing game but also simulation type. In this game, you make your own team, train them to make them better and win races to rise the ranks. It has many events and races that you can win to get rewards and upgrade your cars. Its graphics are also good.

Real Drift Car Racing is mainly focused on the drift races offered by Real Games srls. If you like drift racing games, then this is the perfect for you. It has realistic graphics. It has extensive customization and tuning options. Like you can change the weight distribution or camber angle etc. Sound effects of each car, engine or turbo are realistic.

Real Racing 3 is the best racing game by Electronic ARTS having hundreds of millions of downloads on the Play store. It has over thousands of events and races. The tracks used in this game are realistic and are the digital version of the real tracks. It features hundreds of cars, awesome graphics, dynamic reflections, detailed car damage and 40+ circuits.

Riptide GP Series is one of the best racing games with different concepts where you race against others on jet ski. It is offered by Vector Unit. It has multiplayer mode and campaign mode. You can play with your friends on the same device as well. You can customize your jet with powerful hydro-tools in the garage.

Top Speed 2 is the sequel of Top Speed which has ten million downloads on the play store. It is offered by T-Bull. In this game, you can unlock over 70 cars, customize them to make them faster. There are a lot of customization and tuning options. The graphics are also good and the controls are kinda easy too. It has many race modes like story and elite mode and three different maps with many tracks.