youtubevanced youtubevanced Town Hall 14 is Coming This April in Clash of Clans!? - RelaxModAPK
Skip to the content

Town Hall 14 is Available Now! Clash of Clans (Whats New?, All About) 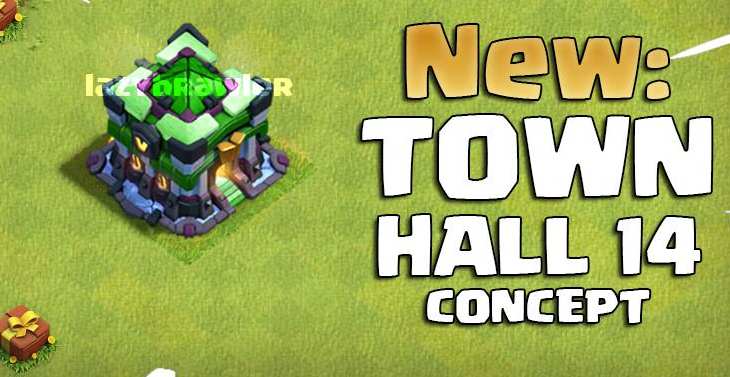 Clash of Clans is one of the most popular games by Supercell and billions of gamers play it. It was released 9 years ago and it’s still a popular mobile game today. Supercell never disappoints their fans and releases new updates with awesome troops, defense, heroes, events and so much from time to time. In the recent updates, Supercell introduced Th13 with Giga Inferno, Scattershot, new hero, Royal Champion, and then in the next update, you got invisible spell and new siege machine, Log Launcher.

A new season has started with new Royal Champion Hero skin (Rogue Champion) and new events. Hammer Jam and “The Last Town Hall 13 Challenge” are two new events. With these two new events, so many questions arise like: Why Town Hall 13 last challenge? Is Town Hall 14 coming? So, we are going to discuss these events and the next town hall release date.

Hammer Jam Event: In this event, you can upgrade all buildings, traps, and walls at the half price of the original. It’s also the same for gearing up buildings. 50% cost reduction only applies to buildings and wall upgrades. But the rest will take the same resources such as heroes, troops, spells, and siege machines. Speaking personally, the Hammer Jam Event is one of my favorite events because I feel at much more ease when upgrading walls during this event.

As you all know how hard it is to upgrade the walls. Walls just empty your storage in a second. I know buildings are the same too, but at least buildings take days to upgrade & keep the builder busy and there is satisfaction in that if you know what I mean. While after upgrading the wall: oh done, builder free, no gold, and now what!? So make the most of this event. It’s the same event as the winter jam that was given before the th13. So you can expect something big after it.

It is the new event that challenges all the players to clear the given base with a fixed army and it’s not easy. There are 8 infernos, 8 hidden teslas, 4 cannons, 4 air defense, 2 barbarian kings, 2 archer queens, 2 royal champions, and many healers in the cc with super valks. And you have only 2 loons, 2 headhunters, 5 healers, and heroes. So good luck with your attack.

There’s only one question in everyone’s mind when Town Hall 14 will come? Darian Vorlick who is the Clash of Clans community manager said that Supercell launched the new town hall update in the time span of 18 months and also had plans for Town Hall 14 during an ask me anything session. Th12 was released in June 2017 and Th13 in Dec 2019. So on that point, Th14 was expected to be released in June 2021. But there can’t be a new town hall update from May to December as the World Championship will begin on 21st May and end in December.

We found out that because of the Clash of Clans World Championship, the Town Hall 14 update was expected in December 2021 only. Coc fans are also curious to know what will be the new town hall theme and is there gonna be a new hero or not. If you ask me, I think green will be their new theme’s base color (not sure). With the Hammer Jam Event and “The Last Town Hall 13 Challenge” event, you can expect Town Hall 14 updates this month, April. Hammer Jam always precedes major updates like the new Town Hall level. So there may be town hall 14 coming soon this month. Let’s hope for the best and stay clashing!